CHICAGO, IL –HBCU Campaign Fund (HCF), a non-profit organization based in Chicago with the mission to supporting the significance and campaigning to raising funds for student scholarships and services at HBCU’s has announced round two application deadline of its Student Assembly Board of Directors program. 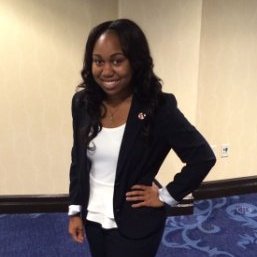 HCF President Demetrius Johnson Jr., appointed recent elected Board of Director Kalauna Carter to serve as SABoD liaison coordinator. Carter is a Spring 2016 graduate of Tuskegee University, where she earned a Bachelor’s Degree of Environmental Science with an emphasis in Forestry, National Resources and Plant and Soil Sciences. she plans to continue her education at Florida Agriculture and Mechanical University pursuing a Master’s degree in either Plant and Soil or Water Science while working for the USDA as a Soil Scientist  as well.

“I have known Kalauna for a while now and she has been phenomenal academically, socially and physically to her studies and her university, Tuskegee University.” said HCF President Demetrius Johnson Jr. said. “Kalauna started out with HCF as our Campus Representative Coordinator but later stepped down to continue on her duties at Tuskegee as a dominant leader. She is going to be an excellent asset to the Student Assembly and the students who are elected to serve.”

This is the first year for the Student Assembly and was established to represent the concerns of students at HBCU’s throughout the country. Student Involvement in activities academically and physically at their HBCU campuses is the paramount to the future to building a greater student body. Involvement in the Student Assembly Board of Directors is a great opportunity for students to come together in learning about issues, becoming involved, and meeting lifelong acquaintances. All students must work towards a common goal; that is, to building a better community for African-American’s and how to help advance HBCU’s for future college seekers and serving them academic excellence historically for year’s to come.

Interest students must meet the following requirements in order to become consider for the position:

HCF future plans are to make the position scholarship-based, where the elected officers are given a scholarship to serve their terms with the Student Assembly.  To donate to the efforts of the HBCU Campaign Fund organization, visit the donation page here.

The application process is now open and all interest students can download the application here. You may e-mail Kalauna Carter at kcarter@hbcucampaignfund.org in regards to application and any concern questions you may have.

The new application deadline is November 11, 2016 and must be emailed in PDF format.